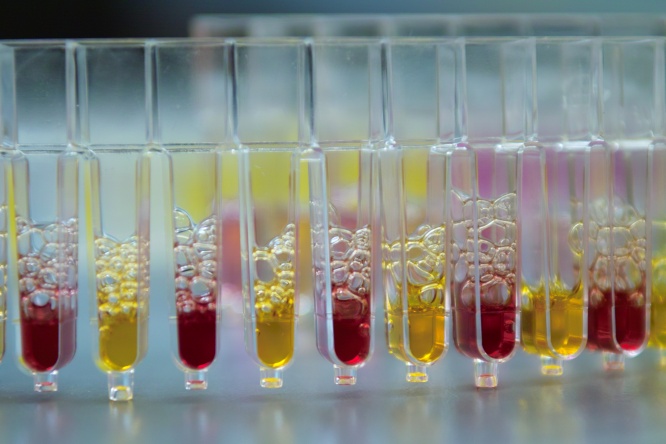 Please find an overview of all relevant terms and corresponding explanations. If your term is not included or you have any question, please contact us. We are happy to help.

Antibodies
Protein molecules whose specific function is to defend the body from pathogens; synonym: immunoglobulins

Bio-hybrid
Combination of a mechanical and a biological system

Bioreactor
Device that ensures the ability of a biological system (e.g. cells or bacteria) to function by stabilising the temperature, oxygen and nutrition

Blood plasma
All blood components that are not cells, also referred to as "blood water", contains proteins, fats etc.

Causal
Be the cause for

Chemiluminescence
Release of light as the result of a chemical reaction

CPMP
Committee for Proprietary Medicinal Products: advisory committee for the EMEA for Pharmaceuticals

Cryoconservation
Storage in a frozen state

Diagnostics
All activities dedicated to detecting past, present and future illnesses

Endotoxins
Membrane components of some bacteria that induce fever

Enzymes
Bio-catalysers based on proteins

Extracorporeal
Something that takes place outside the body

Fluorescence
Light of a different wavelength released after illumination

GMP
Good Manufacturing Practice: All of the regulations on the correct manufacture of pharmaceuticals

HLA
Human Leukocyte Antigen: Individual-specific protein molecules in cells by which the immune system recognises whether they are the body's own cells

Human albumin
Albumin is the main protein in blood plasma

Idiopathic
With no detectable cause

Immune system
All of an organism's defence mechanisms against the pathogens

In-vitro
Outside the organism, e.g. in a test-tube

In-vivo
In a living organism

i.v.
"Intravenous": to inject something into a blood vein

Mortality
Proportion of the population (group) who died

PEI
Paul-Ehrlich-Institute: Regulatory body for the marketing approval of some pharmaceuticals (blood, biotech, vaccines) within Germany

Phagocytes
Immune cells that take up and kill bacteria and fungi

Phagocytosis
The process of taking up bacteria or fungi

Plasmapheresis
Procedure in which blood plasma is separated from blood cells

Prognosis
Forecast of how something will turn out

Prospective
Looking to the future

SIRS
Septic Inflammatory Response Syndrome: The patient has the clinical symptoms of a sepsis but at that particular point in time there is no evidence for an infection (yet). Frequently becomes sepsis.